Ten inexperienced remote viewers attempted to predict the outcome of the Dow Jones Industrial Average using associative remote viewing. For each trial in the experiment, each participant remotely viewed an image from a target set of two images, one of which he or she would be shown approximately 48 hours from that time. Of the two images in the target set, one corresponded to whether the Dow Jones Industrial Average (DJIA) would close up, while the other corresponded to wheth

What is a scalar field ? A scalar field is a real or complex valued function over some region U of Euclidean space. In 1D it is rendered as a graph (example: humidity as a function of temperature, or accuracy as a function of solar wind speed) • In 2D it looks like a temperature map that depends on 2 variables. • In 3D it looks like a hologram depending on 3 variables. The goal is to find the best 3D probability scalar field that gives us the areas of high probability (over 8

The Dung Beetle Scoring System is a rating method for remote viewing and associative remote viewing sessions developed by Alexis Poquiz. It builds on the much simplier but less sensitive SRI 7 point confidence ranking scale (aka Targ scale) that has been traditionally used since the 1990's. It has been designed for and successfully used within APP groups. It has also been utilized in regular RV research. It was first cited in IRVA's Aperture Magazine in the Spring/Summer 2013 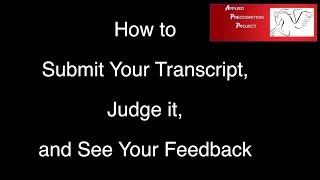 New to APP? How to make predictions

New to APP? How to make predictions

“Precognition: The Only Form of Psi?”